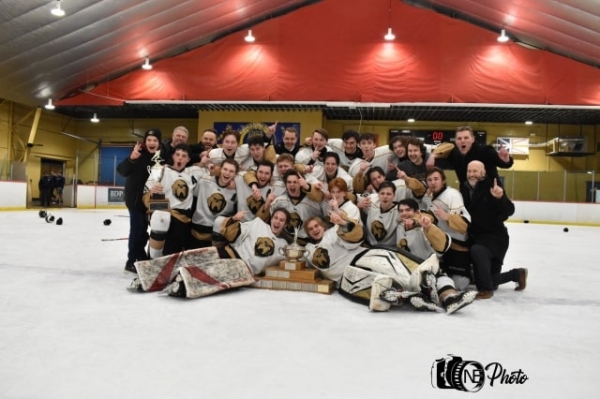 The Pinnacle Growlers will represent Newfoundland and Labrador at the U18 Major Atlantics.

The Growlers captured the league title in 6 games, topping the Tri Pen Osprey 4 games to 2 in the championship series. They finished off the series on home ice at DF Barnes Arena, winning 4-1 in the final game.

The Growlers' Reegan Hiscock was named Top Playoff Performer, winning the President's Trophy. Hiscock led the NL Playoffs in goals with 12, and finished tied for the lead in points with 15.

With the win, the Growlers complete the field for the Atlantic Championships. They join the Charlottetown Bulk Carriers Knights, Halifax McDonalds, Moncton Rallye Motors Nissan Flyers, and the host East Coast Blizzard. The Atlantic winner will advance to the national Telus Cup Championship, May 16-22 in Okotoks, AB.