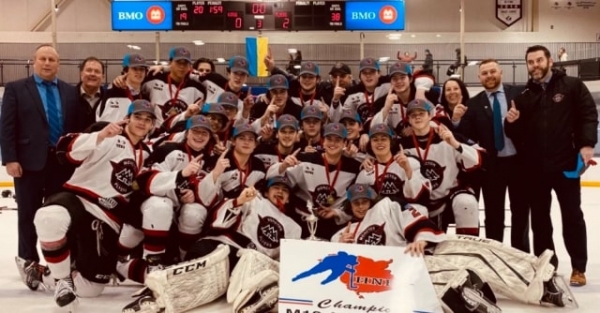 Another club has booked their place at the U18 Major Atlantic Championships.

The Moncton Rallye Motors Nissan Flyers are excited to be returning to the Atlantic Championships after winning the New Brunswick title for the fifth consecutive year. In another season impacted by the pandemic, the Flyers achieved many team successes, including winning the NB/PEI Major U18 Hockey League championship, the NB championship and finishing runner-up at the Monctonian tournament. The Flyers last won the Atlantic Championship in 2018, with a team that included Vegas Golden Knights draft pick Lukas Cormier.

NB/PEI Major U18 Hockey League award winners from the team include Top Goal Scorer - Luke Patterson, Play Maker of the Year - Philippe Collette, and Top Goaltending Duo - Samuel LeBlanc and Xavier Farrah. Under the leadership of Head Coash John DeCourcey (14th season), the team's focus continues to be player and team development, and helping players reach their goals on and off the ice.